Going on a Budapest stag do is exciting; the gorgeous foreign ladies, cheap drinks, activities and the nightlife can make your head spin and wallet empty. So, we’ve come up with an ingenious idea to help your finances stretch further when on your magical weekend of freedom. Not only that, we’ve made sure that you won’t go wrong when tipping your servers in bars and restaurants. It’s a fool’s guide on how to tip appropriately when abroad…

So the best man has collected all of the money for the weekend, the activities, flights and accommodation are paid for and you’re all raring to go. There’s just one small issue. If you all try to buy rounds when you’re out in the pubs and clubs, there’s always going to be some of the boys who will lose out big time. So to make things fair and to ensure nobody is left with a nasty surprise on their credit card or even a remortgage, how about setting up a kitty? 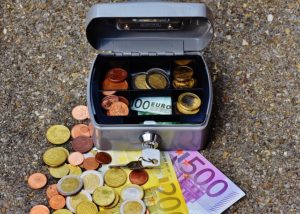 This could be started at the same time that everyone is paying for the trip itself. The best man or another unsuspecting but reliable stag could collect small amounts from everyone for months before, ensuring that the kitty builds to a substantial amount by the time the trip comes around. By the time you’re on your stag do, there will be a nice pot of cash waiting for you all to pay for drinks, entrance fees to clubs and strip clubs! Nobody goes thirsty, everyone’s a winner!

We don’t tend to take too much notice of tipping in the UK. Generally, people will leave 10% of the bill, but there are others who will just leave their spare change on the table at the end of a meal, then there are some who don’t tip at all. Taxi drivers often don’t get tips when driving in the UK, but in other countries, it’s expected. So to save embarrassment, here’s what you should and shouldn’t do:

Don’t leave change on the table, it’s seen as a little rude. Instead, tell your server how much you want to pay in total, including the tip. Then they will deduct what you’re paying and give you the correct amount of change if you’re paying cash, or enter the full amount for your credit card.

Be careful when saying thank you when paying the bill, it can be taken as – keep the change, so if you’re paying for a 5,000HUF bill with 10,000HUF, you’ve just given a nice hefty tip to someone!

Be explicit when dealing with tips on your Budapest stag do and you’ll be fine! 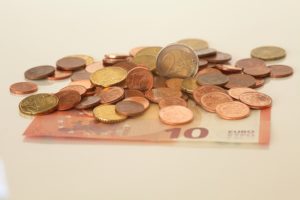