Eastern European Expenses for a Stag Do! 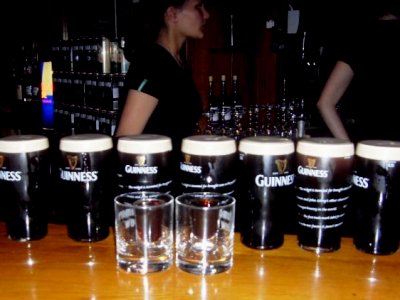 You might well have already checked out prices for a Stag Do in the UK. Cheap was it? Probably not. There are some fantastic activities and places to go for a good time in the UK, as there are in some European countries, such as Spain, Italy and Holland. However, the costs often far outweigh the advantages of staying closer to home, when you consider prices of beer and clubs in Eastern Europe.

A Budapest Stag Do could be the answer to your prayers. According to research from the Post Office (and our own researchers), Budapest is far and away the cheapest city in Europe to buy alcoholic drinks. A bottle of lager bought in Amsterdam, is on average £1.60, in Budapest, this would only cost 88p – almost half the price, you’d get twice as many beers for your money! If you went to Ibiza, club capital of the Balearics, a round of 10 drinks would cost on average £43.11. In beautiful Budapest, this same round would cost £19.76. Budapest beer prices are still cheap and cheerful, hopefully, they won’t catch up with the rest of Europe any time soon!

Overall, if you and your Stags are on a tight budget, then Budapest is a low-cost city, not just for alcohol, but for food and entertainment too. Costs of entry to strip clubs also vary widely across Europe. A club in Budapest has a charge of €10 for entry, whereas in Barcelona it would cost €30. A meal in Spain can be between €8-50, in Budapest, you’re looking at spending €5-9.

Of course, you still have to factor in the flights wherever you go, but for sheer value for money for a Budapest Stag Do, the city wins hands down. You’re not exchanging quality for cheap rubbish either. The standard of food, drinks, clubs and activities (not to mention customer service) are excellent and rival some of the more popular Stag destinations in Europe.

So Stags, sit down with your buddies, suss out the best/cheapest option for you all, but don’t imagine for a second that just because you’re paying out more, you will have a better time, or that the activities will be more upmarket. It’s simply the location. The further East you travel, the cheaper it is, as a general rule. Do you remember when Spain was cheap, back in the 70s/80s? Slowly inflation is catching up with the U.K, so we’re not seeing any great savings in Western Europe, but the cost of beer in Budapest? Still cheap, my friend, still cheap.