Ready? Aim, Fire! Ok you Stag Boys, think you’re tough enough to be able to hold a firm, weighty weapon in your hands? Can you protect yourselves and kill the bad guys with a Shotgun or a Rifle? Now’s the time to sort the boys from the men, on this Budapest shooting activity.

This isn’t the kind of Stag Do activity that’s just a laugh. It’s far more than that and you all know it. There’s no other activity which screams ‘testosterone abound – run for your lives!’ It’s manly, it’s competitive and it fuels adrenalin like no other undertaking on earth. When you’re finished, your arms will shake, your hands will ache and you’ll have the feeling that something important and kinda wild was released today! So do you think you’re up to the challenge? Then read on…

Firearms At The Ready

You’ll get to shoot five different types of gun while at the shooting range . The baby of the group is the Glock 17. Generally used by the police due to its light weight and reliable shooting aim, it’s a nice, easy-to-use gun for any amateur. The Taurus 357 Magnum is normally used on hunting adventures to shoot grizzly bears about to pounce! Next up is the Ruger Mark IV – a rimfire semi-automatic pistol. Imagine you’re shooting the zombies in the Walking Dead, or delivering those killer shots to an arch enemy. An assault rifle is your next toy – the AK47, followed by the Remington 870 Tactical Shotgun, used widely by sports shooters, the military and law enforcement. 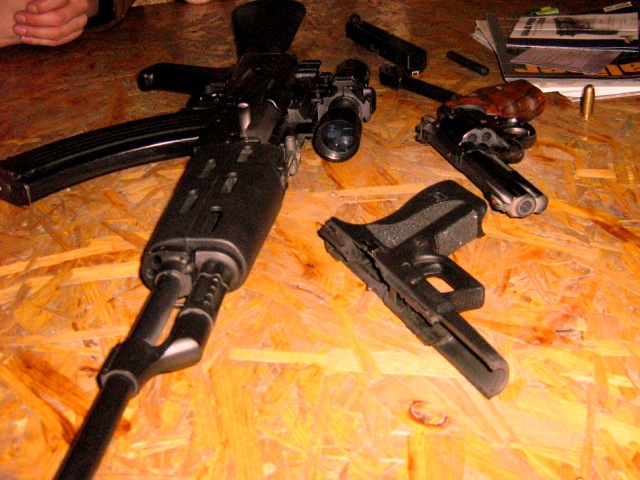 At the shooting range, each Stag will get 37 rounds to play with. So take your time, enjoy the sensation of holding something so powerful between your fingers and once you’ve finished blowing kisses to your missus on the phone, try shooting the gun. Boom!

The Winner Takes It All

Each Stag will get his own target sheet to aim for. At the end of the session, we’ll shout you all to a round of beers to help you come down from the exhilaration of firing your weapons. You can then decide on a winner by comparing your target sheets to see who got the closest to the target. You can decide what the prize should be, but no arguing boys, what’s a few gunshots between friends?

Your lovely local guide will escort you there and back so you don’t need to worry about transport. Be careful before you go, anybody drunk (obviously) won’t be able to shoot –  so don’t waste your precious time or money, you’ve been warned!