They say that Budapest is the Paris of the East, and while its broad 19th-century boulevards go a long way towards that, the Hungarian capital is more than a Parisian knock-off: Depending on where you are in town, your surroundings just as easily evoke Berlin, Vienna, Prague, Moscow, and even Buenos Aires.

Straddling the Danube where East meets West, Budapest has spent the last two millennia being overrun by Romans, Slavs, and then Magyars – the Asiatic forebears of the present-day Hungarians – followed by Mongols, Turks, Habsburgs, Romanians, Nazis, Soviets, and, lately, Irish real estate speculators. As the capital of what was widely considered the least miserable of the Warsaw Pact states during the latter decades of the Cold War, Budapest met the changes of 1989 head-on and has since made immense progress culminating in Hungary’s joining the EU in May 2005.

Hungarian (Magyar) bears no relation at all to the Slavic and Germanic tongues spoken in neighbouring countries and finds its closest cousins in the national languages of faraway Finland and Estonia. The alphabet contains such logical innovations as eight variations on the letters O and U, all of which are unpronounceable, as well as compound letters like “Dzs”, which sounds like the English letter J. With some patience, though, you’ll be fine speaking English – especially amongst younger Hungarians.

Hauling out the phrasebooks for anything beyond everyday pleasantries isn’t for the faint of heart: to the Magyar ear, even slightly mispronounced Hungarian sounds like gibberish. Should you wish to give this bizarre Finno-Ugric language a whirl, here are the essentials. Just remember that the emphasis is always placed on the first syllable of every word.

Eating and drinking with the Hungarians

Budapest seethes with bars, pubs, clubs and restaurants that open and close seemingly with the seasons, and our job at Stag Republic is to make sure you end up at the best of them. From the ruin bars hidden in District VII’s decrepit courtyards to central Pest’s chichi watering holes and the outrageously fit birds who go there, to the open-air dance clubs lining the Danube, Budapest has all the venues you need for a proper weekend piss-up. 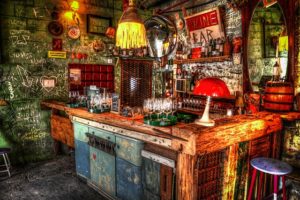 Hungary is traditionally a nation of wine-drinkers, but beer (sör) enthusiasts needn’t worry: the close proximity of Germanic Europe has left a fairly strong and beery impression. Several local pilsner-style lagers (quite good, save for the really cheap stuff) are always available on tap, along with a wide variety of imports from neighbouring brewing giants Slovakia, the Czech Republic and Austria.

The national firewater is called pálinka, and it’s a sort of brandy made out of whatever rotting fruit is available. Common varieties are distilled from plums, apricots, and pears. Another celebrated Hungarian elixir is Unicum, which is syrupy and black and tastes kind of like Jaegermeister, except much worse. The new plum-flavoured Unicum Szilva is much smoother and better-tasting.

On to the vino. Hungarians, who by some statistics are the biggest alcoholics in Europe, like their wine (bor). Quality ranges from poor to incredibly good, and prices, of course, vary. One famous Hungarian vintage is Tokaj, from northeastern Hungary. French King Louis XIV liked it so much he called it “the king of wines, the wine of kings.”

The Hungarian climate is continental temperate. Springtime is glorious, and you know it’s arrived when the female half of the population uncorks its warm-weather look, best described as “barely there.” The Hungarian summer is warm, sunny and unusually long, but the resorts are crowded in late July and August. Autumn is beautiful, particularly in the hills around Budapest and in the Northern Uplands. Winter, meantime, is cold – yet not as damp as the UK, and mercifully short. Anytime is a good time to visit Budapest: the party runs year-round, from the outdoor cafés and clubs in the warm months to the raucous cellar bars that are packed clear through the wintertime. 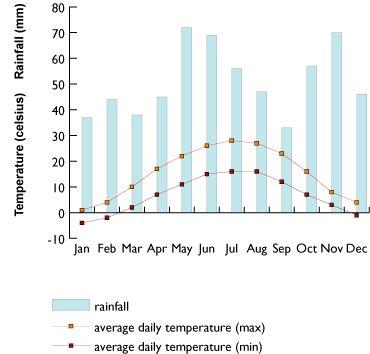 Most anything of interest in Budapest can be found within 3km of the city centre. Budapest’s public transit system is excellent for navigating this radial sprawl, and using it is ridiculously cheap. An extensive system of metro lines, trams, trolleybuses and buses provides frequent service throughout the city. There are single tickets available for 350 HUF per ticket, or books of 10 tickets for 3000 HUF – but the best option, if you’re here for the weekend, is the 72-hour tourist pass (Turistajegy) which costs 4150 HUF for unlimited use of the transit system (BKV).

If you’re moving about in groups of three or more, taxis are a fast and affordable option, especially in the evenings. You can get pretty much anywhere in the city within 10 minutes by taxi (not counting rush hour, of course). When you book with Stag Republic, we’ll provide you with a list of reputable, English-speaking taxi companies that’ll reliably take you where you want to go, and at a discount.

Show me the money

Although Hungary is now a full member of the EU, the Hungarian forint (HUF, or Ft) will remain the local currency until 2010 or later. 1 Pound Sterling, at the time of writing, is valued at roughly 327 HUF.

If you bring Pounds or Euros on your trip, you’ll have no trouble finding a place to exchange them, but we strongly recommend that you just bring your cashpoint card and obtain cash that way. You’ll get the best exchange rate from any of the cashpoint machines that are everywhere in Budapest. (Avoid the money changers that loiter in touristy areas and train stations!) And finally, note that cash is king in Hungary; credit cards aren’t as widespread as they are in the UK and Western Europe. Outside of more upmarket establishments, your credit card will be of little use. 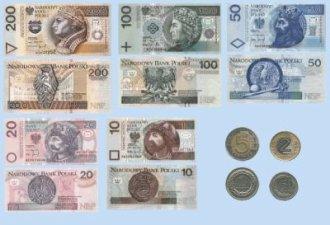 With the exception of designer clothing, electronics, and other imported goods, Hungary remains dirt-cheap compared with the UK. Here’s what you can expect to pay for the essentials:

A word on tipping

Hungary isn’t as tip-conscious as, say, the United States, but it’s nonetheless a good idea to tip waiters, waitresses and cab drivers the standard 10-15%. Tipping at the bar is generally not practised. At a restaurant, do not leave the money on the table. You either give the waiter the exact amount of the bill with the tip included or tell them that you would like so-and-so HUF back out of the cash you give them. If you hand the waiter the money and say ‘Thank You’ – you will not get any change. That always means ‘We’re good to go, all done, keep all the change”.