You might have written off a stag weekend in Krakow as a bit of a non-starter – a place where you’ve never heard of anything interesting happening ever. But you’d be wrong. Since the fall of cursed communism they’ve got back to what they do best – meaty meals, parties and generally catching up for those 40 years of lost fun. And don’t expect people to moping around, nope, Polish wear a smile on their face most of the time – and you’ll understand why when you see the Polish goddesses that now rule over the cities electric nightlife.

If you’re looking to make things weird on your stag weekend abroad then put your trust in Stag Republic and we’ll deliver something something so off the wall that you won’t even be allowed to tell the stories to the stag’s misses.

Getting ready for a night out

Clubs start late in this part of town but we know you guys are probably keen to get warmed up as soon as the sun starts going down. Well don’t worry, we’ve got your covered. All aboard the party bus for a scenic route around town with a few beers in hand. 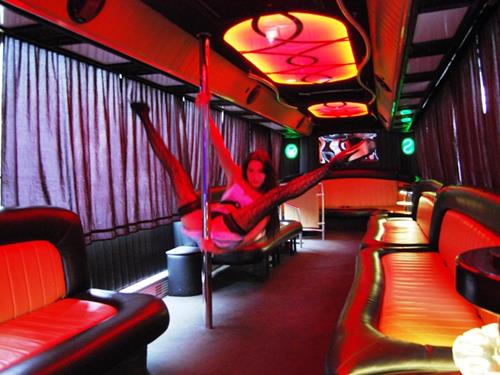 If you bought fancy dress then now is definitely the time to use it. Take it turns to stick your head out the sunroof and see who can get the most bemused look from a local. This might even be a good time to learn a bit of the local language and see if you can score yourself a girls number while stopped at a set of traffic lights. Just remember being dressed up like a Smurf doesn’t exactly scream sexy to ladies that are used to being courted by big burly Eastern European men… so pick your costumes accordingly.

People around here party like the bar is never going to close – and that’s because they never do. At least not before you’re going to pass out from all alcohol you’re going to be drinking.

But don’t chance it out there alone unless you want to end up in some dodgy dive bar with an exit cost higher than your monthly salary. Instead head out with one of our sexy guides on a all bells and whistles pub crawl. Expect to pass right on by those dingy tourist places filled to the brim with smelly clueless backpackers and enter some of the swankiest places in town where you’ll find ladies, very eager to find out all the intimate details of British culture. Just expect your Cosmopolitans to come a little short on… well everything except the vodka. It’s just how they do it around here I’m afraid.

End the night in style

The end of the night is approaching and with any luck a few of the lads are already safe in the hands of some of the local beauties. For those that aren’t then you can cure their frustrations with a trip to one of the best strip clubs in Krakow and treat yourself and the stag to something a little special at the same time.

That’s right, while the rest of the boys are upstairs you can enjoy a little alone time with 2 lesbian strippers in a jacuzzi. Yep, it’s just about as awesome as it sounds. A separate jacuzzi each for your and stag. And while he enjoys his last night of freedom you down a shot of vodka with a couple of beautiful Polish strippers of your own. And if you hear any strange noises coming from the jacuzzi next door don’t worry – it’s probably just the lesbian show he’s getting! 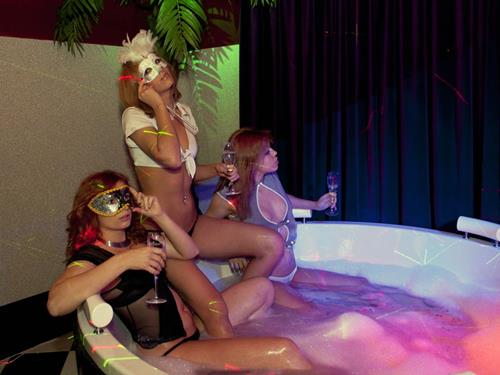