Latvia is small, flat and largely boggy. It is sandwiched between its Baltic neighbours Lithuania and Estonia. It packs a lot in though: starting with Riga, the vibrant coastal capital, then moving on to fairytale castles, scenic river valleys and sandy beaches.

Latvia has been subject to continuous foreign rule from Germanic tribes to German occupation to a harsh Soviet occupation. In 1991 Latvia got its independence from the USSR and began to look towards Europe. Latvia joined the EU in 2004 and since then there’s a lot going on. Riga, being the capital of the country, hosts plenty of festivals (Go Blonde Parade), major dance and musical (Riga Salsa Festival), cultural (International Film Festival) and political (G8 Summit) events.

Jump to: Kiss me, I speak Latvian! / Eating and drinking / Weather / Transportation / Money and currency

Latvian and English are remotely related; they both belong to the Indo-European family of languages. Latvian belongs to the Baltic branch with Lithuanian as its only existent close relative whereas English belongs to the Germanic branch with German, Dutch and Scandinavian languages as its near relatives. Russian is still widely spoken in Latvia today. Here are a few Latvian basics to impress the locals:

Eating & Drinking with the Latvians

Riga seethes with bars, pubs, clubs and restaurants that open and close seemingly with the seasons and our job at Stag Republic is to make sure you end up at the best of them. From the beer gardens in the old town district, to central Riga’s bars and the outrageously fit birds who go there, to the open-air places on Jomas iela in Jurmala lining the beach, Riga has all the venues you need for a proper Riga piss-up weekend.

Latvia is traditionally a nation of beer-drinkers (alus)! Several local pilsner-style lagers (quite good, save for the really cheap stuff) are always available on tap, along with a wide variety of imports from neighbouring brewing giants Poland, Czech Republic and Austria.

The national firewater is good old Vodka, showing the Russian influence on Latvia. Common varieties are distilled from plums, apricots and pears. Another celebrated Latvian elixir is Riga’s Black Balsam, which is syrupy and black and tastes kind of like Jaegermeister.

Latvians like their stomachs. Latvian cuisine typically consists of fresh produce and meat features in most of the dishes, as seen in pirogi or shashliki.The food is generally quite fatty and uses few spices.

The favourite local cheese is Kimenu siers (caraway cheese), traditionally served during the celebration of Jani or Midsummer. Other traditional dishes are borshch (beet soup), rasols (potato salad), and sauerkraut.

In winter, sure, it’s chilly, but getting the city to yourself is worth rugging up for. And there are always the saunas. Summer days are long, with up to 19 hours of daylight at Midsummer. The long days feature outdoor cafes, summer beaches and open-air parties. 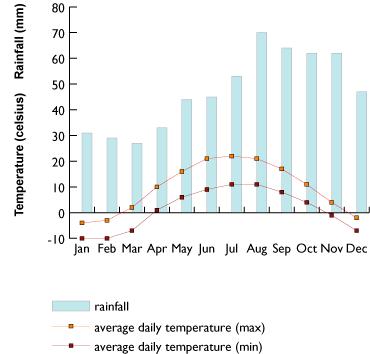 Most anything of interest in Riga can be found within 1km of the city centre. Riga’s public transit system is excellent for navigating this radial sprawl, and using it is ridiculously cheap. An extensive system of trams, trolleybuses and buses provides frequent service throughout the city; however, if you’re moving about in groups of three or more, taxicabs are a fast and affordable option. When you book with Stag Republic, we’ll provide you with a list of reputable, English-speaking taxi companies that’ll reliably take you where you want to go, and at a discount.

Show me the money

If you bring Pounds or Euros on your trip, you’ll have no trouble finding a place to exchange them, but we strongly recommend that you just bring your cashpoint card and obtain cash that way. You’ll get the best exchange rate from any of the cashpoint machines that are everywhere in Riga. (Avoid the money changers that loiter in touristy areas and train stations!) And finally, note that cash is king in Latvia; credit cards aren’t as widespread as they are in the UK and Western Europe. Outside of more upmarket establishments, your credit card will be of little use.

With the exception of designer clothing, electronics, and other imported goods, Latvia remains dirt-cheap compared with the UK. Here’s what you can expect to pay for the essentials:

A word on tipping

Latvia isn’t as tip-conscious as, say, the United States, but it’s nonetheless a good idea to tip waiters, waitresses and cab drivers the standard 10-15%. Tipping at the bar is generally not practiced.