As you may have noticed, there are two things we really, really hold dear

June in Budapest is a brilliant time to be a beer lover. There are three, count ’em, THREE beer festivals (fesztivál!) three weekends in a row in June. How bodacious is that?

There will be over 140 types of Belgian beer available to taste, 50 of those on tap. And there will be 30 Belgian brewery stands. I’m drooling just thinking about it. Head to Budapest’s City Park, look for the Vajdahunyad Castle next to the lake (behind Heroes Square) and that’s where the festival will be.

Next up is the FőzdeFeszt! From the 7th to the 9th of June, 2013. This festival was started only a few years ago by a local craft beer enthusiast, who is also responsible for recently opening Élesztő and for the Hungarian Craft Beer Revolution, as it has become to be known. The festival’s sole purpose is to introduce the plethora of microbrews popping up on the Hungarian beer scene. 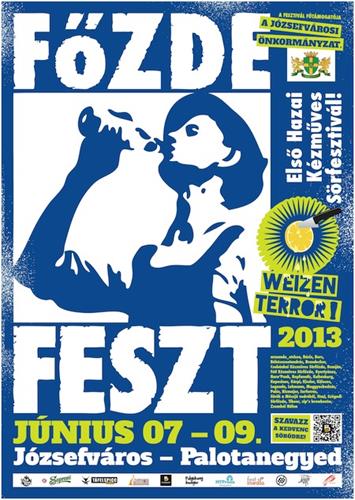 This year, wheat beer is featuring heavily, because as it claims on the festival’s website, paraphrased: “We’re out to convince you that wheat beer is the best beer for summer. Wheat beer tastes of sunshine, as well as lemon, lime and other citrus fruit. So it is absolutely pointless to put a lemon in it. In fact, it’s adverse to enjoying the taste. A slice of lemon is nothing more than a cheap marketing trick designed to cover up the bad taste of bad wheat beer. It’s like sprinkling baklava with sugar, but worse.

While the legendary wheat beers of Bavaria are made using a large percentage of Hungarian wheat, it’s not so popular among Hungarians. Recently, however, this has started to change and Hungarian microbreweries are creating better and better versions of wheat beer. The three forerunners are the Kárpi Amber wheat beer, the Palóc Búza (wheat) and the Mályi Brewery’s wheat beer.”

There you go. Let Summer begin with a tasty Hungarian wheat beer! (just don’t put a lemon in it, or they will kick you out).

Last, but not least, is the big corporate brother to the previous two: The Buda Castle Beer Festival. From the 13th to the 16th of June, 2013. 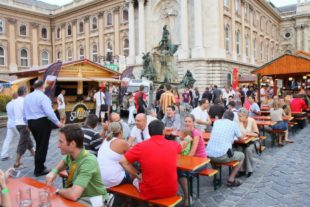 There will be over 200 types of local and international beers to taste, loads of concerts, events and last but not least, food. You have to queue up to get pay entry and get your bracelet. Then queue up to buy tickets and a beer glass and then you queue up to get beer. Lots of queues, but after your first beer or two you won’t even care. You can keep the glass as a souvenir or turn it in and get your money back. Cheers and Egészségedre! 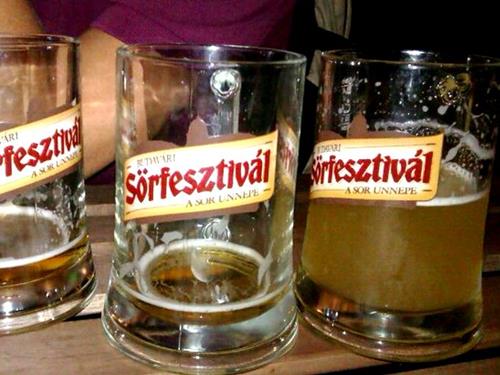